This center is a member of the New Kadampa Tradition – International Kadampa Buddhist Union (NKT-IKBU).

This is a Mahayana Buddhist tradition founded by Venerable Geshe Kelsang Gyatso that is derived from the Buddhist meditators and scholars Atisha and Je Tsongkhapa.

NKT is an association of study and meditation centres dedicated to helping people everywhere find meaning and purpose in their lives, and to the developing of genuine inner peace and happiness.

By putting Buddha’s teachings into practice in the context of our family and work commitments, we discover they are unsurpassed methods to resolve daily difficulties and problems.

Rapidly growing, our Kadampa community is an international family, offering support, inspiration and encouragement for this joyful and profound spiritual path at centres around the world.

Venerable Geshe Kelsang Gyatso Rinpoche is a fully accomplished meditation master and internationally renowned teacher of Buddhism. Geshe-la, as he is affectionately called by his students, is primarily responsible for the worldwide revival of Kadampa Buddhism in our time.

From the age of eight Geshe-la studied extensively in the great monastic universities of Tibet and earned the title Geshe, which literally means spiritual friend. Under the guidance of Trijang Rinpoche, his Spiritual Guide, he then spent the next eighteen years in meditation retreats in the Himalayas.

Teaching in the West

In 1977 he accepted an invitation to teach at Manjushri Kadampa Meditation Centre in England, where he lived for many years giving teachings and guidance to an ever-growing group of disciples.

Geshe-la has continued to teach on Kadampa Buddhism in many countries around the world, and published a series of remarkable books on Buddhist thought and meditation.

He has established three unique study programmes and over 1200 meditation centres around the world, trained qualified teachers and a flourishing ordained community, and created a project to build Buddhist temples in every major city in the world.

In his teachings Geshe-la emphasizes the importance of meditation and how to apply it in daily life, the need to be truly happy, and how to cultivate a good heart to help others and he demonstrates these qualities perfectly in his own life.

This remarkable teacher inspires so many people from so many different countries because he teaches from example.

He is a humble Buddhist monk dedicated to helping people throughout the world find true happiness in their hearts.

Gen-la Kelsang Dekyong is the General Spiritual Director of the NKT-IKBU and Resident Teacher at Manjushri Kadampa Meditation Centre, UK.

Gen-la Kelsang Jampa is the Deputy Spiritual Director of the NKT-IKBU and the Resident Teacher at International Retreat Centre Grand Canyon. 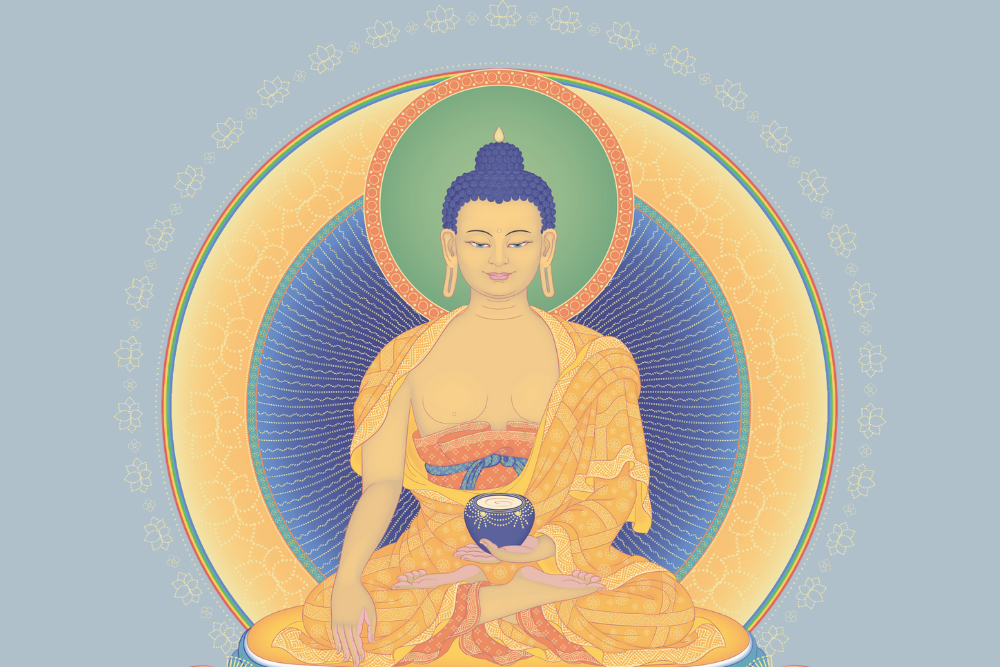 The founder of Buddhism in this world was Buddha Shakyamuni who lived and taught in India some two and a half thousand years ago. Since then millions of people around the world have followed the pure spiritual path he revealed.

He taught methods for gradually overcoming minds such as anger, jealousy and ignorance, and developing positive minds such as love, compassion and wisdom. Through this we will come to experience lasting peace and happiness.

These methods work for anyone, in any country, of any age. Once we have gained experience of them for ourselves we can pass them on to others so they, too, can enjoy the same benefits.

The Buddhist way of life – peace, loving kindness and wisdom – is just as relevant today as it was when Buddha appeared in ancient India.

The Lineage of Modern Kadampa Buddhism

Kadampa Buddhism is a time-honoured Buddhist tradition that for centuries has made Buddha’s teachings and meditation practices available to people throughout the world.

Kadampa Buddhism is a Mahayana Buddhist school founded by the great Indian Buddhist Master Atisha (AD 982-1054). ‘Ka’ refers to Buddha’s teachings, and ‘dam’ to Atisha’s special Lamrim instructions known as ‘the stages of the path to enlightenment’. Kadampas learn to use Buddha’s teachings as practical methods for transforming all their daily activities into the path to enlightenment.

The Kadampa tradition was later promoted widely in Tibet by Je Tsongkhapa and his followers, known as the ‘New Kadampas’, who were not only great scholars but also spiritual practitioners of immense purity and sincerity. 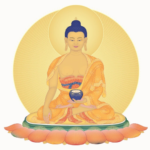 Buddha Shakyamuni is the founder of Buddhism who demonstrated the attainment of full enlightenment and how to awaken from the sleep of ignorance and cyclic rebirth. He then passed the teachings, or Dharma, in an unbroken lineage through the ancient Kadampa teachers Atisha and Je Tsongkhapa. 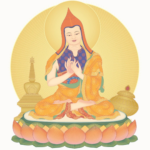 The great Indian Buddhist Master Atisha (982-1054 AD) was responsible for reintroducing pure Buddhism into Tibet. He was asked to present a Dharma that everybody could follow and show how all paths of Sutra and Tantra could be practised together. Atisha wrote Lamp for the Path, the original Lamrim text that served as the basis for all subsequent Lamrim instructions. 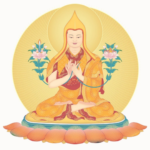 Je Tsongkhapa was a great 14th century Tibetan Buddhist Master who promoted and developed the Kadampa Buddhism that Atisha had introduced three centuries earlier. His followers became known as the ‘New Kadampas’, and to this day New Kadampas worldwide study his teachings and strive to emulate his pure example. 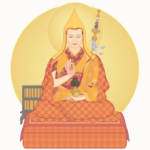 Venerable Geshe-la has devoted his entire life to the learning and then flourishing of Buddhist teachings throughout the world. After coming to the West in 1977, he worked very hard to establish a modern presentation of the Kadampa lineage of teachings. His presentation retains all the meanings and insights of Buddha’s original teachings, in a format that is accessible and suitable for modern-day practitioners. Through his great kindness everyone – regardless of nationality, culture, age or gender – now has the opportunity to practise scientifically proven methods for solving the problems of daily life that ultimately lead to true and lasting happiness.